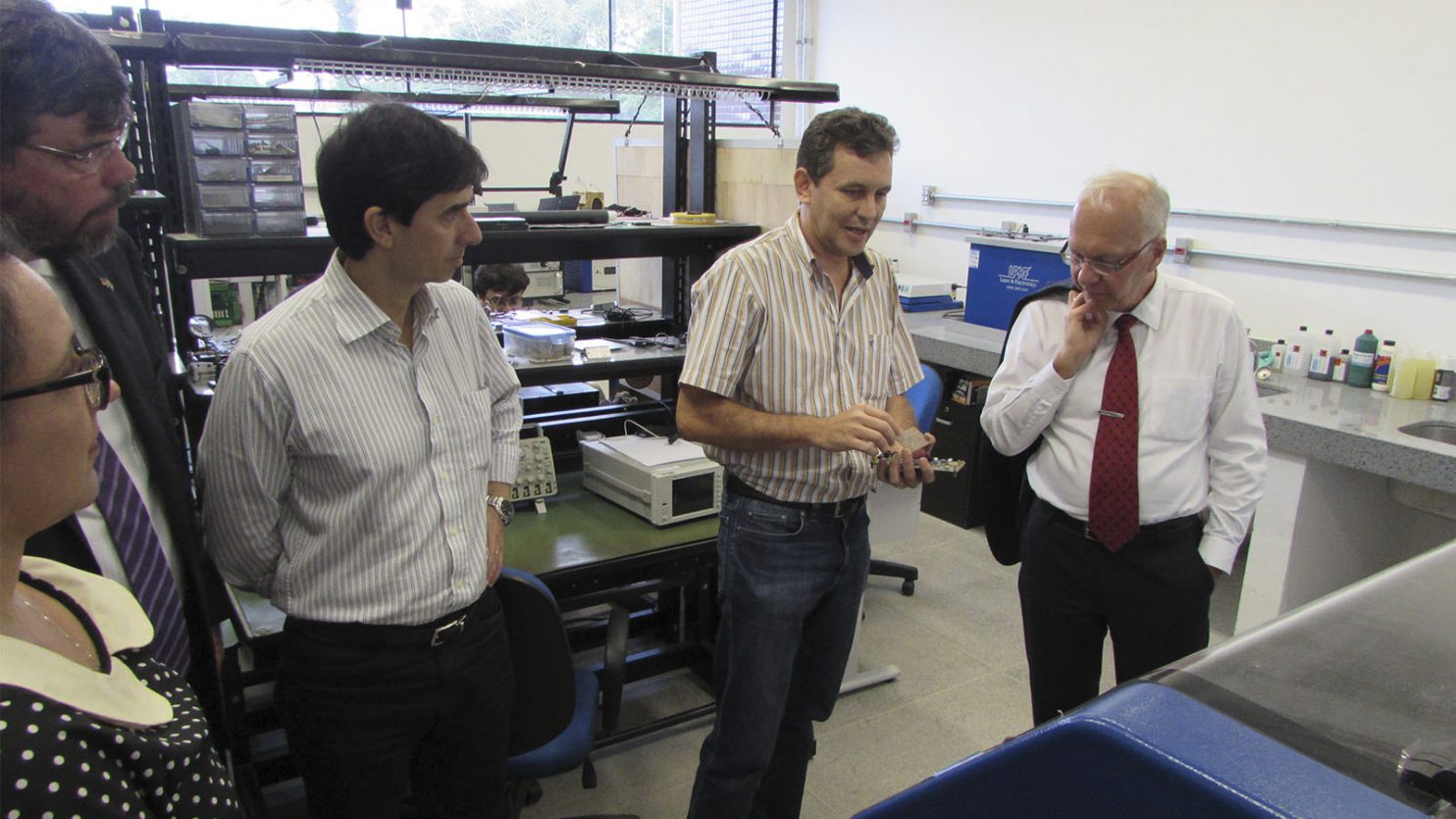 On the afternoon of Tuesday 18, the Guamá Science and Technology Park hosted the German ambassador to Brazil, Georg Witschel, who is in Para on a diplomatic visit until next Thursday, April 20. The technical visit integrated the agenda organized by the Coordination of International Relations of Pará (Cori).

The purpose of the visit is to strengthen relations between Pará and Germany in order to stimulate the building of great partnerships and cooperation in the areas of science, technology and knowledge, encouraging the attraction of investments, exportations and importations, as well as strengthening trades with the state and encourage political, economic and cultural integration, in addition to commercial partnerships to promote local development.

In the technological park, the ambassador and his entourage were received in the Innovation Space building by Antônio Abelém, PCT Guamá STP’s CEO, who presented the model of governance and the main opportunities offered in the scope of international cooperation. The ambassador also knew the structure of resident laboratories, such as the Nucleus of Research and Development in Telecommunications, Automation and Electronics (Lasse); The Laboratory of Vegetable Oils and Derivatives; The Laboratory of Biological Engineering and the Center for the Valorization of Bioactive Compounds of the Amazon (Cvacba).

The structure and services offered by installed laboratories were the aspects that most caught the attention of the ambassador. “I am very impressed, not only with the building, but with the machines, instruments and above all with the researchers. I have received a lot of completely new information and I found it extremely interesting that this institution specializes in the research of local Amazon plants that has enormous potential for medicine, cosmetics and also food. Our task at home is to look for some institutions in Germany that have a similar focus of academic studies and complementary research to close possible cooperation, “said the ambassador.

During the visit, Georg Witschel was accompanied by Consul Paul Steffen, the representative of the Brazil-Germany Chamber of Commerce and Industry, Thomas Timm, the director of Germany Trade and Invest, Edwin Schuh and Cori coordinator Larissa Chermont.

Nucleus of Research and Development in Telecommunications, Automation and Electronics (Lasse) 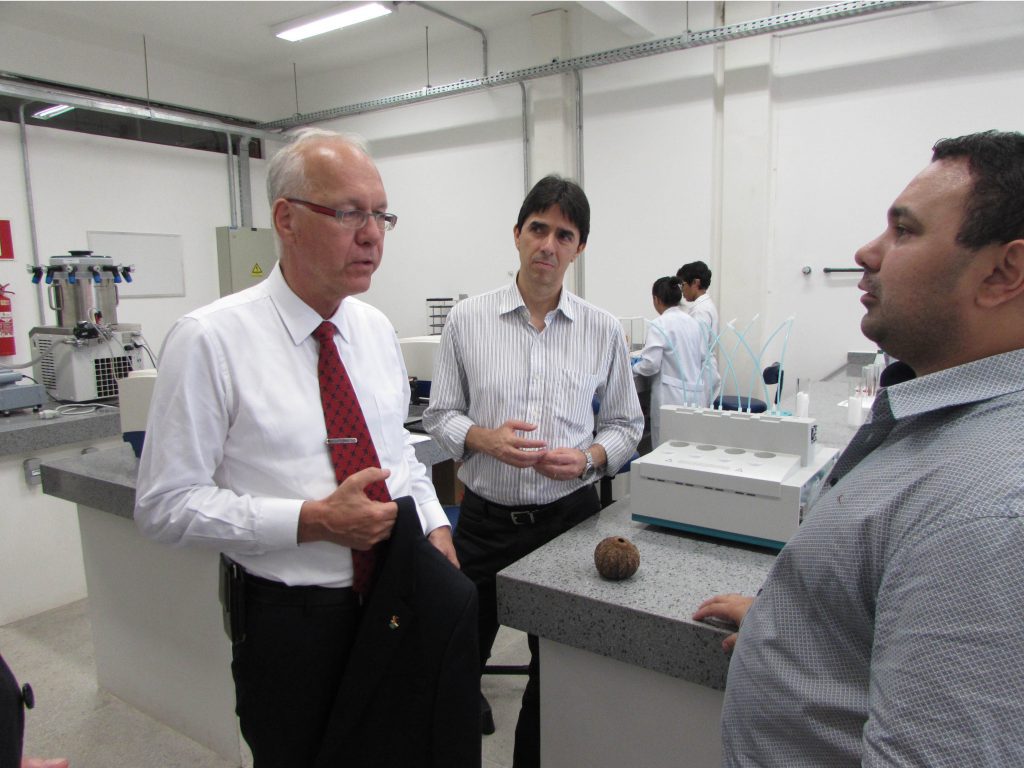 The Laboratory of Vegetable Oils and Derivatives 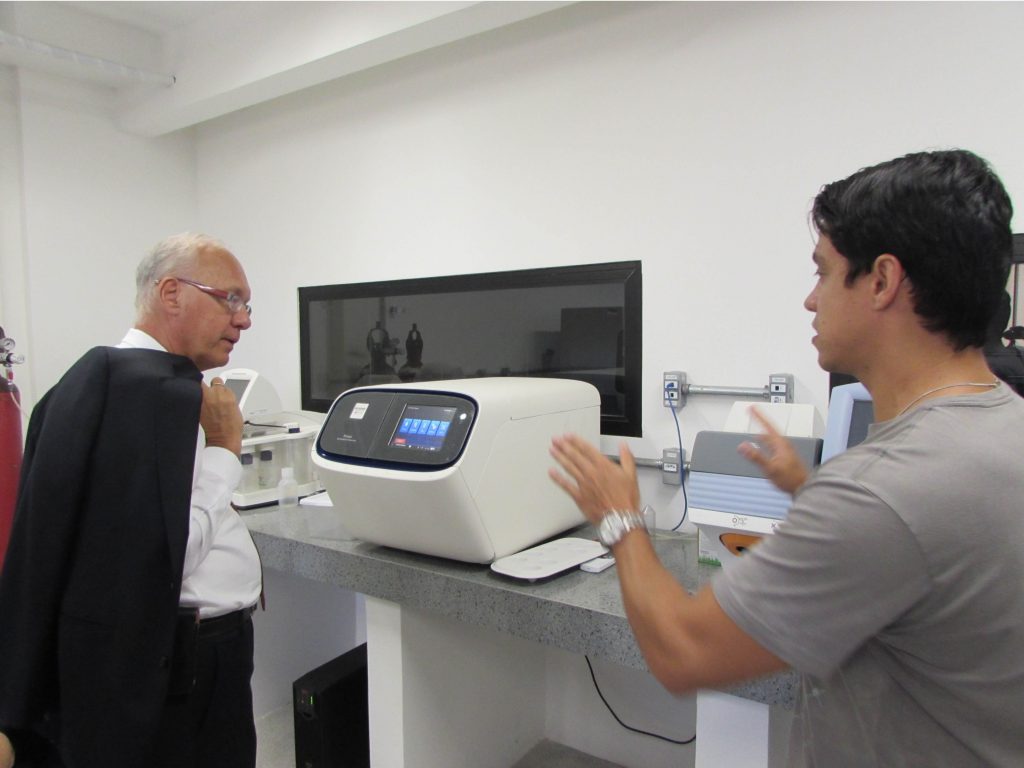 he Laboratory of Biological Engineering

Center for the Valorization of Bioactive Compounds of the Amazon