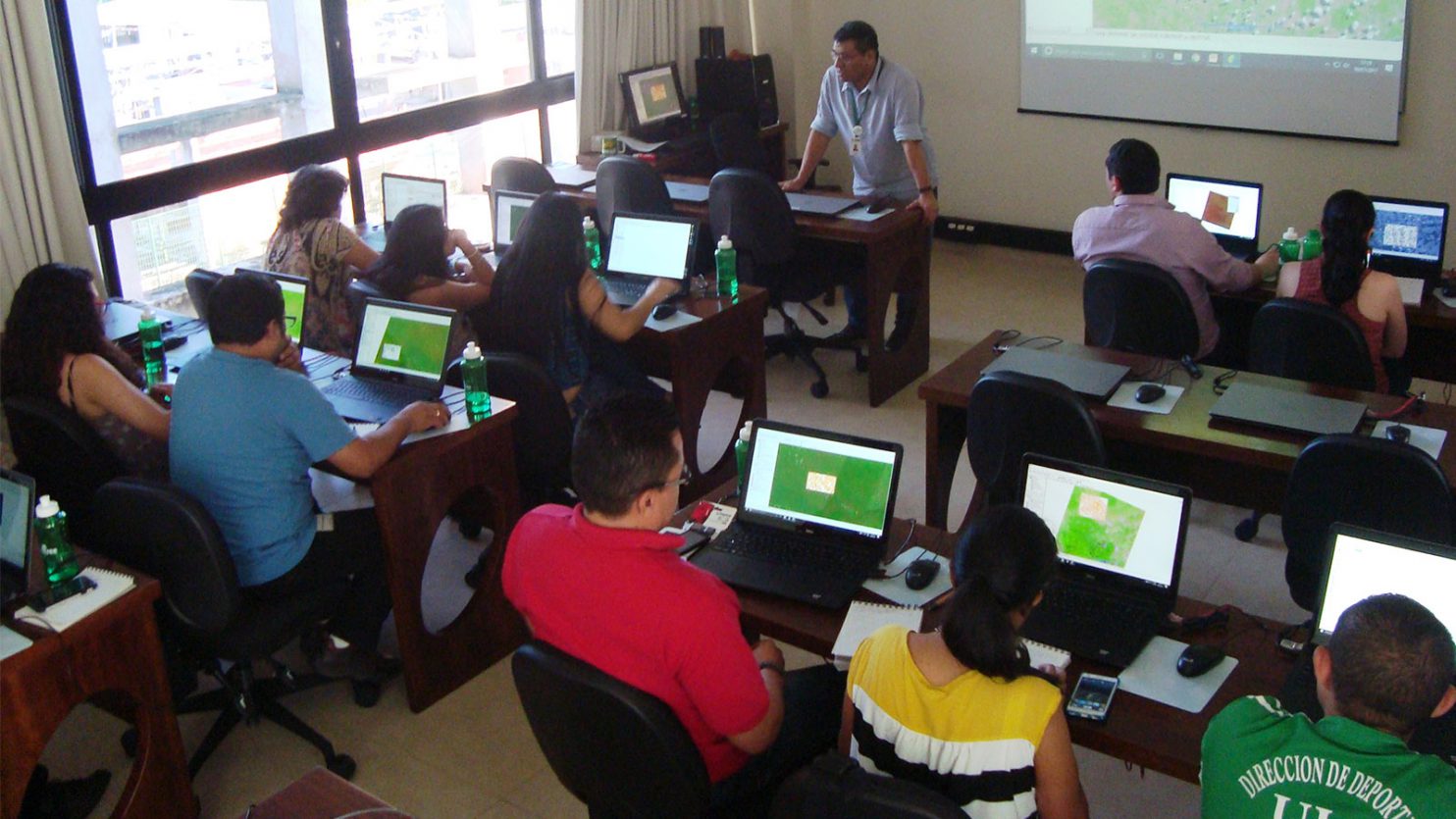 In the current scenario of climate negotiations in place, the pressure to preserve green areas of developing countries is high. Brazil, as a country with consolidated forest monitoring methodology, offers through the National Institute of Space Research (INPE) its experience for other countries to work to keep their forests standing. Empowering human resources to operate tropical rain forest monitoring methodologies is the purpose of the Capacitree Satellite Forest Monitoring Training Project.

The first edition of 2017 of the International Course on Tropical Forest Monitoring takes place from July 17 to 21 at the Regional Center of the Amazon (CRA) in Belém and follows a schedule stipulated by the Amazon Cooperation Treaty Organization (ACTO), with which INPE Maintains the Amazon Forest Coverage Monitoring Project, executed with funding from the Amazon Fund, whose resources are managed by the National Bank for Economic and Social Development (BNDES).

In 2016, 34 technicians from Bolivia, Colombia, Peru, Guyana, Suriname and Ecuador were at CRA / INPE for three editions of Capacitree. Now, 14 new participants from Bolivia, Ecuador, Venezuela, Peru and Colombia are in contact with the most advanced in the area of geotechnologies.

CRA / INPE has the infrastructure planned to receive trainings at national and international levels, as well as qualified consultants. Ministered in Spanish, the current course has as instructors Carlos Da Costa and João Felipe Kneipp.

The course allows participants to understand and make use of the main tools of TerraAmazon software. After the training, they are able to implement or adapt the tropical forest monitoring program in their own countries through observation rooms. For this, they will have specific material and technical assistance from INPE professionals.

With the software TerraAmazon it is possible to map shallow cut as well as land use and cover. The system also allows measuring deforestation and transparently disseminating all information obtained from satellite images. Free of charge, TerraAmazon was developed by the Image Processing Division (DPI), linked to the Earth Observation Coordination (OBT / INPE), in partnership with the Science, Applications and Space Technology Foundation (FUNCATE).

INPE, in partnership with ACTO, has already made possible the installation of observation rooms in Peru and Bolivia, for example, South American countries where the Amazon region extends. With the arrival of foreign technicians to Belém, these professionals are trained to effectively monitor most of the region. The work developed by the Institute makes Brazil a leader in international initiatives to control deforestation and forest degradation worldwide.

Peruvian Shearing Room deforestation analyst Sheila Agama said that the country has been taking some measures to mitigate deforestation, but they have not yet had the desired effects. “We are doing multitemporal analyzes to monitor the results of deforestation. We have worked with a variety of software in different departments throughout the country to follow different objectives, like deforestation; Changes in land use and land cover; Multitemporal analyzes to identify a single species and how it has advanced over time in different periods. All this to be able to make some effective decision”, she said.

According to Agama, the work of remote sensing with various softwares has been used in many areas. “TerraAmazon is one more option to apply and from what I understand, it has not yet been used in Peru, at least not often.”

Representative of the Ministry of the Environment of Ecuador, Walter Zumba participates in this edition of the international course of forest monitoring. According to him, Ecuador has sought to improve its policies, including its environmental legislation, which, in effect, will give greater support in the fight against deforestation. “Legislation is being reformulated to form an uniform law, the Environmental Organic Code, where the tasks of the National Forestry Directory will be described”, he said.

In addition to generating didactic material and conducting trainings in face-to-face mode, Capacitree started last April to conduct online courses, also the result of cooperation with ACTO. The objective is to meet the demand for the continuous training of the countries that share the Amazon. Considered by its organizers a pilot course, it  is intended to be maintained held with bi-annual frequency, in English and Spanish languages. Learn more about Capacitree Online here.